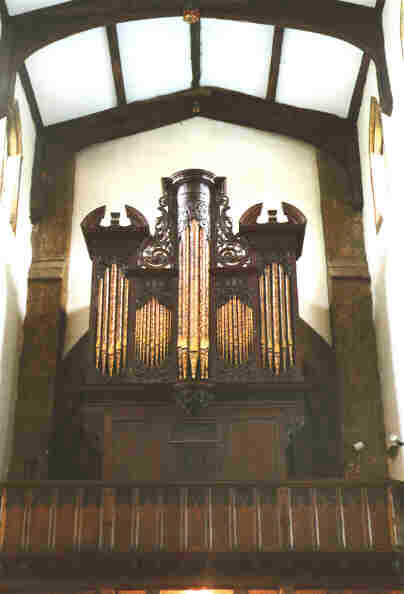 State of preservation: Case original. During renovations by G.M, Holdich in 1852 and 1872 all still working old pipes were reused; the trumpet in the great was replaced by a new stop in 1888. Restored  in 1960 by N. Mander.

The early history of the organ is obscure. The ascription to Father Smith and an earlier date than 1717 by Donald Burrows was based on the presence of the coats of arms of Queen Anne valid from 1702 to 1707 on the lowest front pipe.

The specification reveals many common patterns common of English organs of the age: The number of three manuals (the "echo" with a reduced compass) are typical, so is the lack of a pedal; on the european continent this technical construction would have been considered appropriate for an instrument of 40+ stops, not one of 16. Since choir and echo only had 4 stops each these were planned as mere solo manuals of different strength contrasting the great.