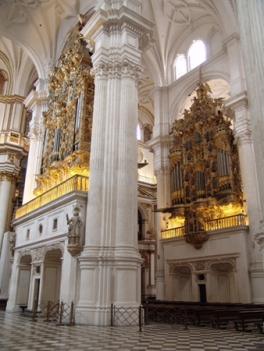 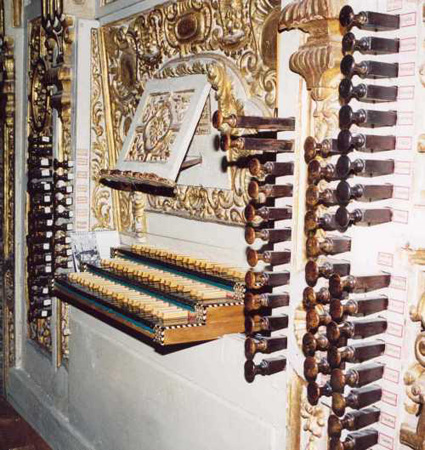 Granada cathedral was the first big Renaissance church in Spain. Begun in 1518 during the reign of Carlos I (Karl V) in gothic style it was continued in Renaissance style from 1523 by Diego de Siloé. It took until 1704 to finish the church.

The organs:
Leonardo Fernandez Dávila built the Gospel organ from 1744 on, the Epistle organ from 1746, the cases made by Maestro de San Juan de Dios. Already in 1765 and 1766 Dávila repaired the instruments. In 1811 and again in 1874 Pedro Roques enlarged the compasses, added new stops and pedals.
The smaller Gospel organ suffered less changes. In 1972 the organs were restored by Pierre Cheron (Organeria Española) with new keyboards.