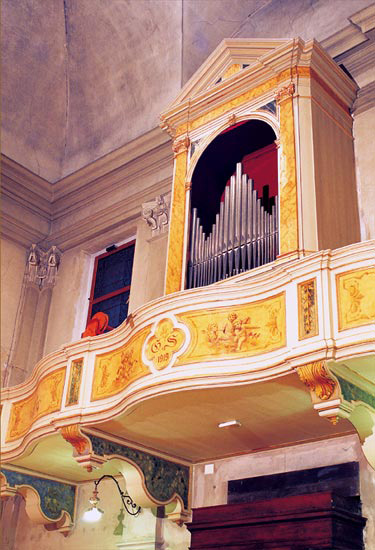 The organ case reveals the influence of Italian neoclassicism. The position of the pipes in the shape of a pyramid with again ascending pipes towards the edges („à cuspide con ali ascendenti“) is, however, traditional and typical for the Veneto.

The specification of stops is typically Italian as well, with an example of the reed stop„Tromboncini“ (trumpet regal). The  „Cornetta“, nothing else than a Cornet following the usual french pattern shows the first sound element of non-Italian descent, a tendency heavily  influencing the Italian organ making during the 19th century with a load of French and German stops and numerous technical elements.