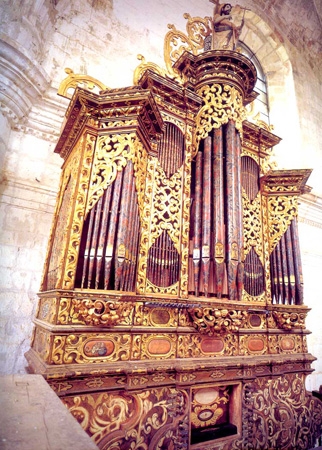 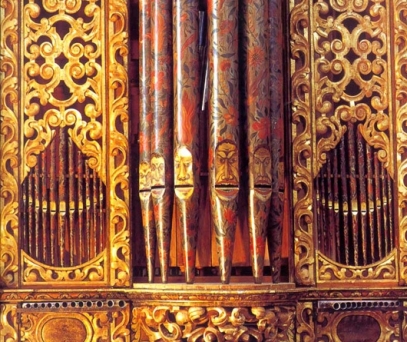 Santo Domingo of Yanhuitlán was built in 1548. Its organ was built around 1700 by an anonymous maker. Its style implies a time frame between the organs of Basilica de la Soledad (1686) and San Jerónimo Tlacochahuaya (c1725) or San Andrés in Zautla (1726). The organ is placed on the northern side on a gallery at the Coro alto.Typical are the grotesque faces painted on the labia lips.

Over the centuries the organ was repaired several times.1886 a new keyboard was made by Jesús Cano, signified by an inscription on the lowest key: “Jesús Cano año de 1886”.

The pipes reveal different stages according to the frequent repairs; many 19th century pipes have been removed during restoration, the horizontal trumpet stops had to be renewed as well. Nonetheless the instrument resembles the character of spanish baroque organs.