Documentation and scientific reconstruction of a grand piano by Gregor Deiß, Munich, c1815 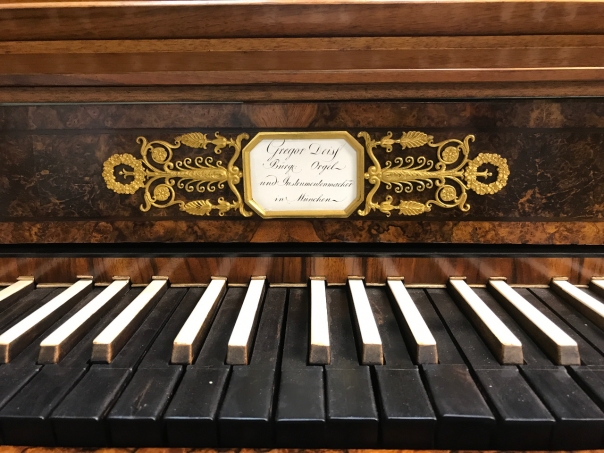 This instrument belonged to the furniture of the Munich Residenz, probably at first in the rooms of Queen Karoline, the wife of Max I. Joseph, and later in the private rooms of crown prince, later King  Ludwig I. of Bavaria and his wife Therese of Sachsen-Hildburghausen. Its purpose may not only been private music making but also concerts of court musicians for the royal family and estate. The instrument was acquired in 1994 for the collection of the institute.

Gregor Deiß delivered quite a number of instruments for various places and rooms of the Wittelsbach family. Although he did not hold a royal warrant he seems to have taken care of the instruments in the Residenz. Deiß was rather a traditionalist compared to his Munich contemporaries, maybe a consequence of his training as an organ maker. In an era of numerous innovations his instruments appear rather conservative if not "classical" in technology and sound, despite the fashionable Empire design of the exterior.

The Munich court orchestra in those years still was firmly rooted in the tradition of the Mannheim court orchestra which had moved to Munich when the Pfalz-Sulzbach branch of the Wittelsbach family inherited the bavarian throne.  The orchestra's nucleus was formed by the leading Mannheim families Cannabich, Toeschi, Lebrun and Danzi who kept the high musical standards of the Mannheim school alive.

Published in our series "Instrument & Kontext":

A sound sample of this grand piano here

CD with this grand piano by Gregor Deiß: 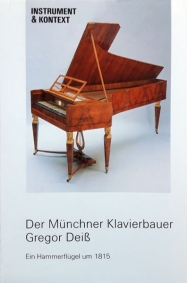 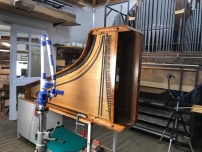