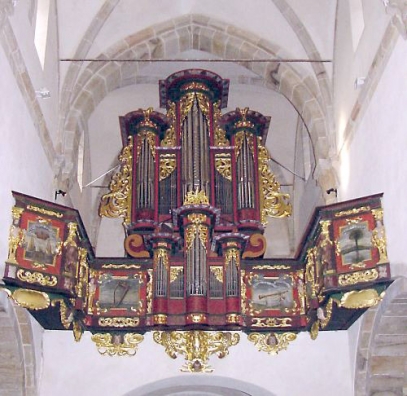 The instrument represents a type of organ, which was destroyed elsewhere during the 30 years' war (or could not come into existence). The number of stops within separate divisions is almost identical, the rich pedal with a mixture stop of many ranks follows the double function of bass fundament and melody keyboard. The positive has only diapasons, apart from the two flutes and a reed stop in 4', while the main organ contains some more modern colour stops in 8', here the Rurflet (chimney flute) and Salicional, typical for Habsburg organ style.