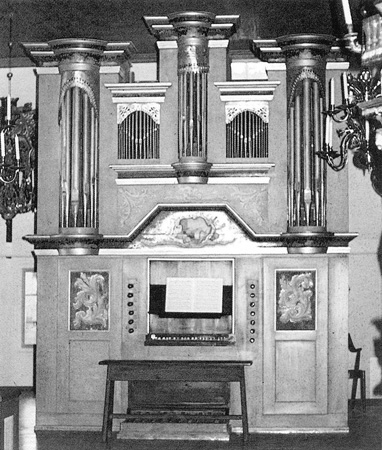 State of preservation: No detailed accounts; some elements like the attached pedal and one stop are later than 1760. Restored 1961/62.

The Askeryd organ is a typical example of a small single-manual organ in the northern german-scandinavian tradition modeled after small village organs of the Huß or Schnitger workshops. Typical for organs of that kind is an almost complete presence of diapasons as well as flutes/stopped ranks in the middle whereas deeper 8' ranks are only represented by stopped pipes. Gravity is added by a trumpet 8' with divided slider. The Fugara in the treble is a typical 19th c. addition.